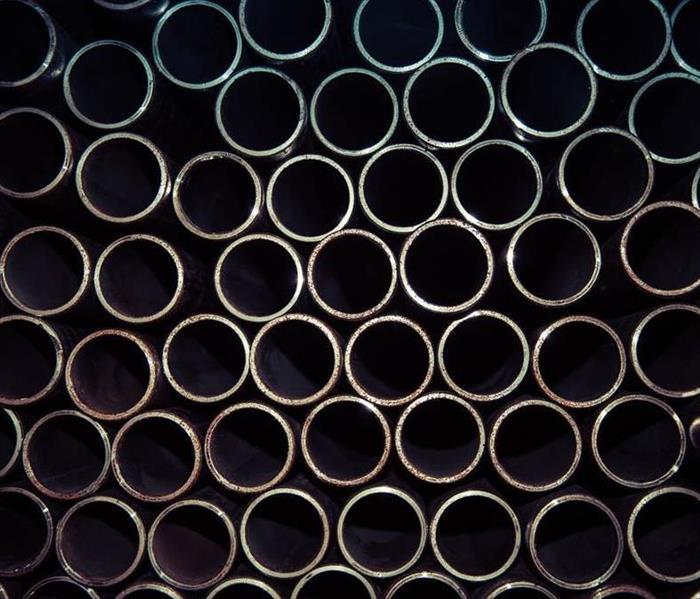 Spring is right around the corner, but that doesn’t necessarily mean that cold temperatures will disappear immediately. Rather, temperatures will fluctuate in the coming months, with some warm days that are characteristic of spring, alongside some cold days. These variable temperatures can wreak potential havoc on your business through their effects on pipes, which can lead to water damage if they burst. Water within the pipes expands and contracts when temperatures fluctuate, which leads to increased pressure in the pipes. Pipes burst under this pressure. Because burst pipes can cause devastating water damage to your commercial business, it is important to understand ways in which burst pipes can be prevented in addition to the best deal with the water damage if pipes were to burst in your building.

First and foremost, make sure that your business is protected by an insurance plan that covers water damage caused by burst pipes. The bottom line is, clean up services can be costly. Pipes that are located outdoors or in unheated places should be wrapped in insulated sleeves in order to prevent the water inside from freezing during cold weather. If pipes do freeze, it may be beneficial to let water run through the pipes in order to avoid bursting. Finally, checking pipes daily for small leaks is a helpful preventative measure to take, especially when temperatures decrease.

If Your Pipes Burst…

Immediately turn off water, electricity, and heating systems at the first sight of burst pipes in order to limit the damage caused by the ruptured pipes. Documents, inventory, and other important items should be moved to a safe location as soon as possible, as they can become damaged or destroyed in water in the wake of burst pipes. If it is safe to do so, check the building for signs of water damage, such as stains or discoloration, musty smells, or mold growth. It may also be beneficial to open doors and windows, as doing so allows air to move through the building, drying any damp areas and preventing the growth of mold or mildew. It is important for your business to quickly get back on its feet following burst pipes, so call SERVPRO in order to restore any impacted areas of your affected business by water damage as quickly as possible “Like it never even happened.”