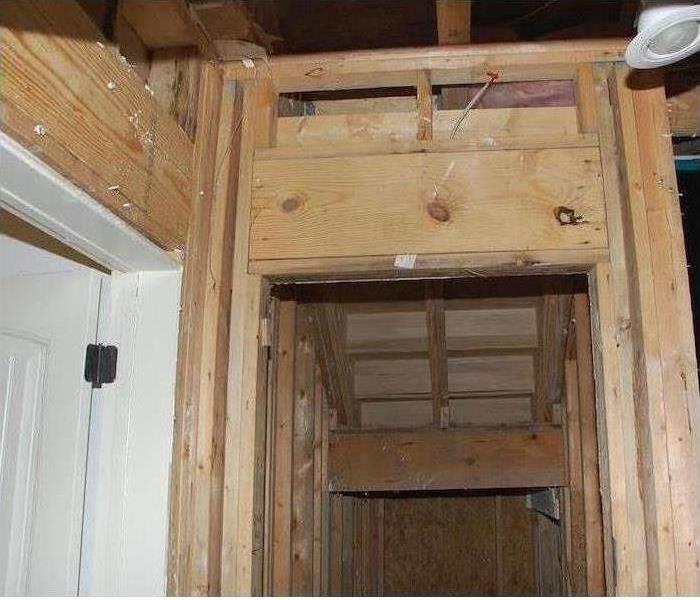 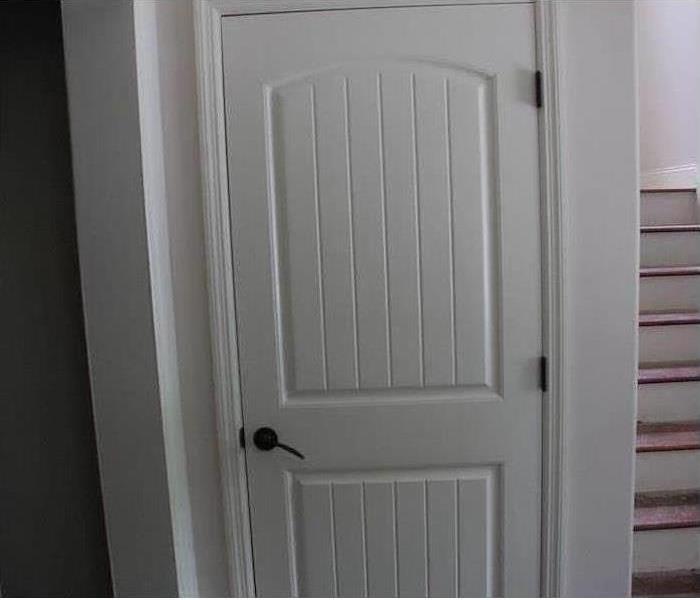 Water damage occurred at this home when a water pipe leak from the floor above developed. The property was vacant, so the leak was allowed to create a lot of wa... READ MORE 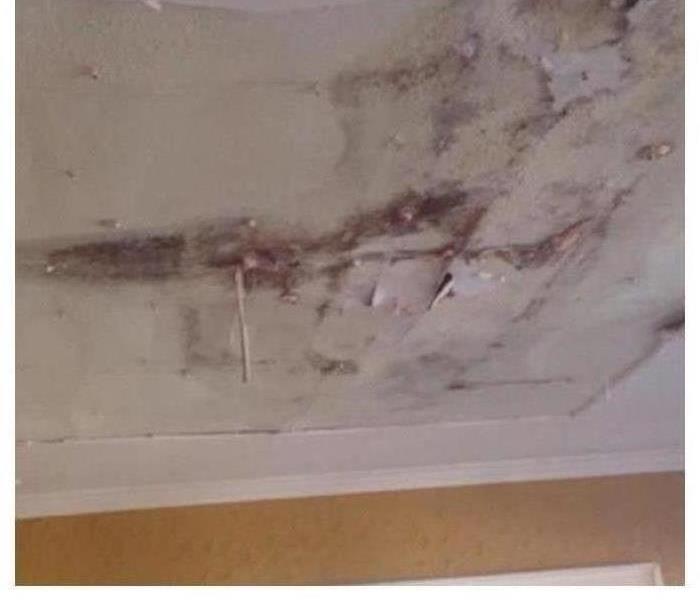 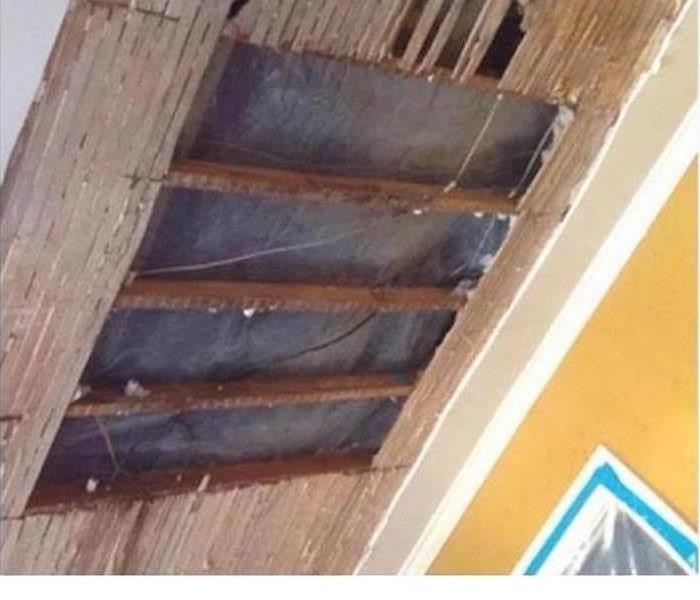 Storm damage at this home was the result of a severe storm with heavy winds tearing a section of roofing from this house. Volumes of rainwater were allowed to e... READ MORE 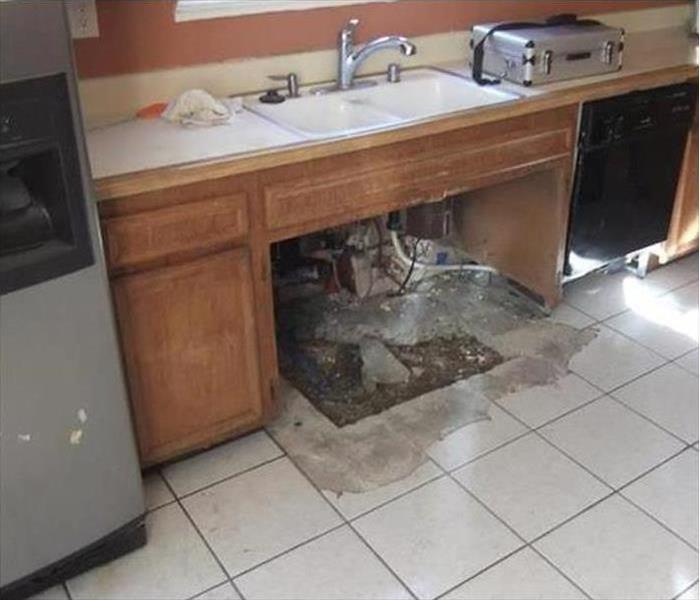 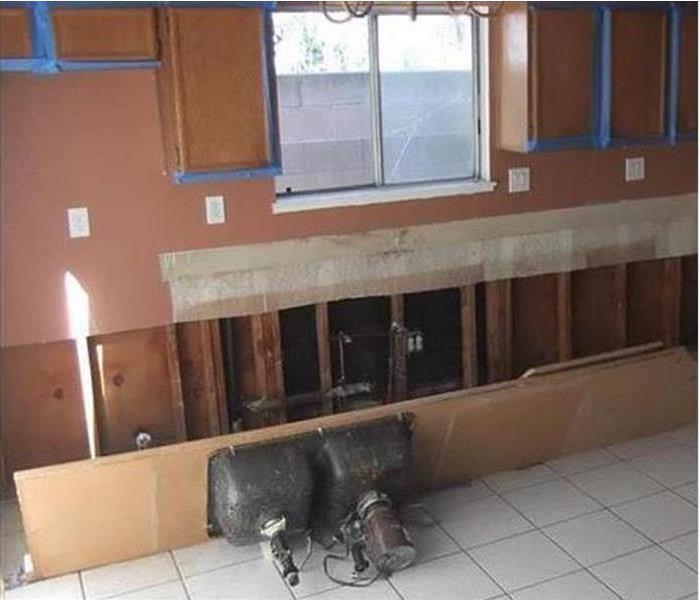 The steady dripping of water from the supply line in an kitchen can cause damage. If SERVPRO is called quickly enough to the scene, we can stop the leak if it i... READ MORE 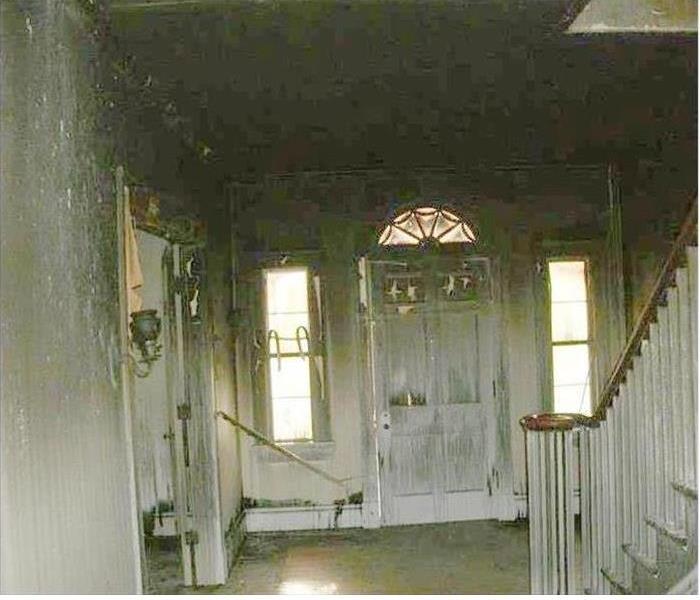 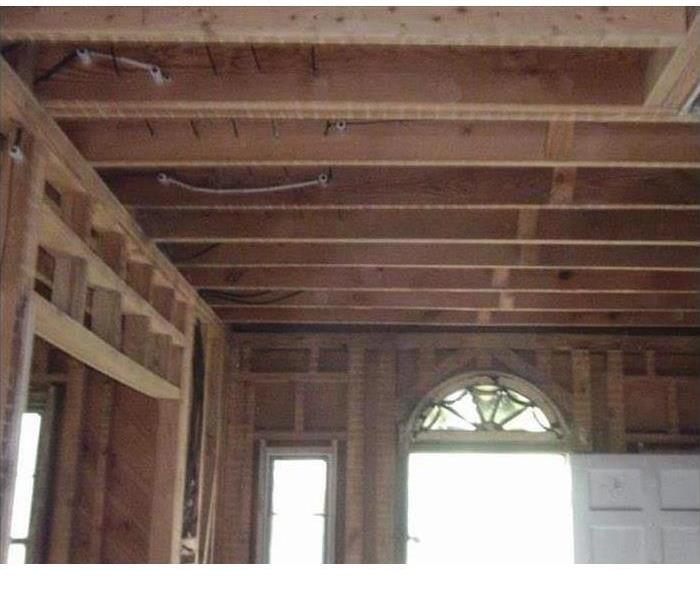 After the firefighters leave, the mess from the fire, smoke, soot, ash, and water remain in an home. Customers are often distraught and wonder how can they fe... READ MORE 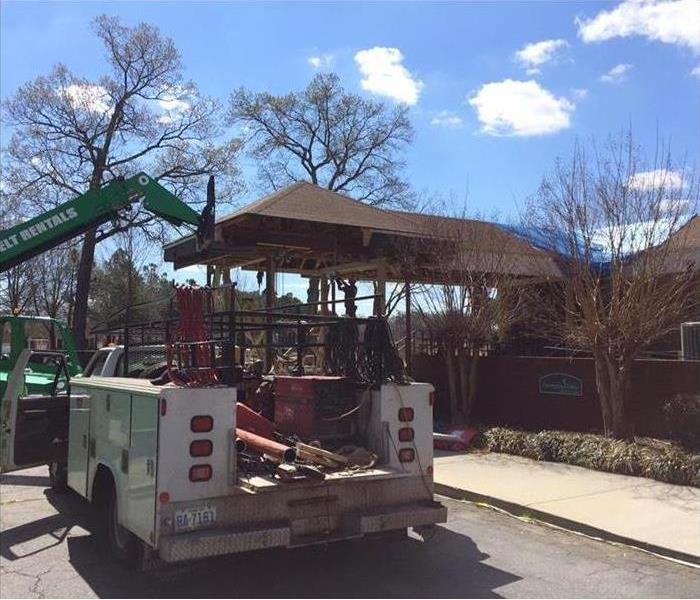 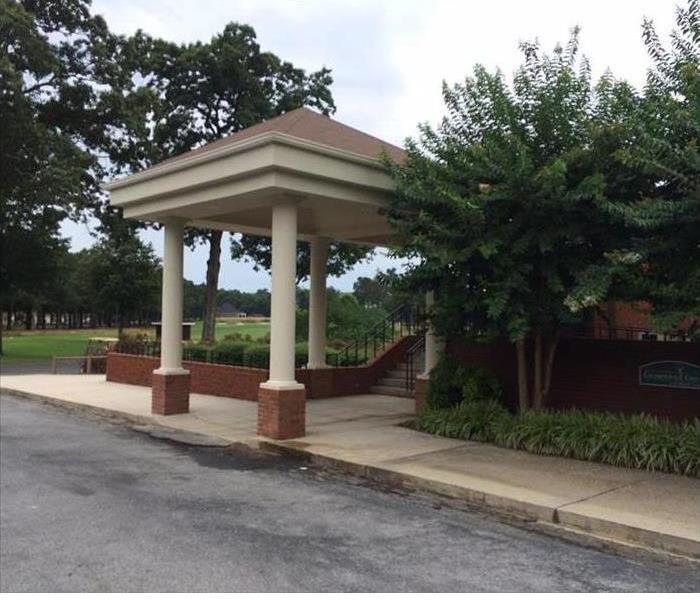 The damage to this awning at a local country club was the result of a large truck backing into it during a delivery. The metal support beams were bent halfway ... READ MORE 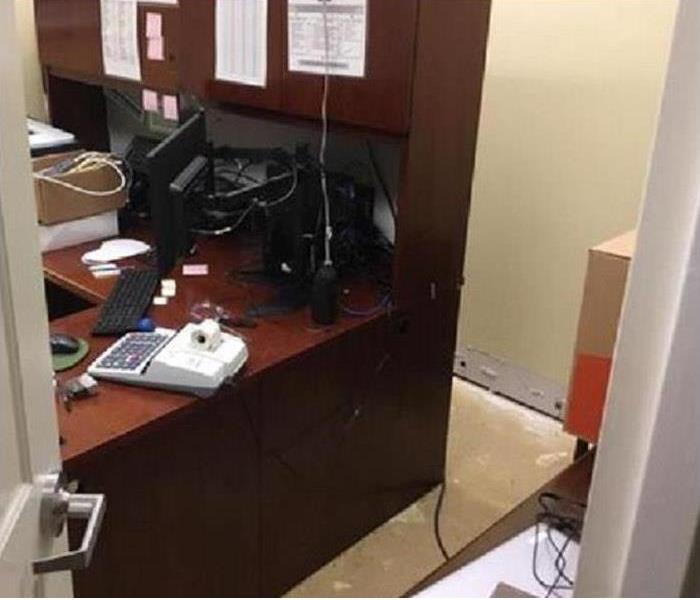 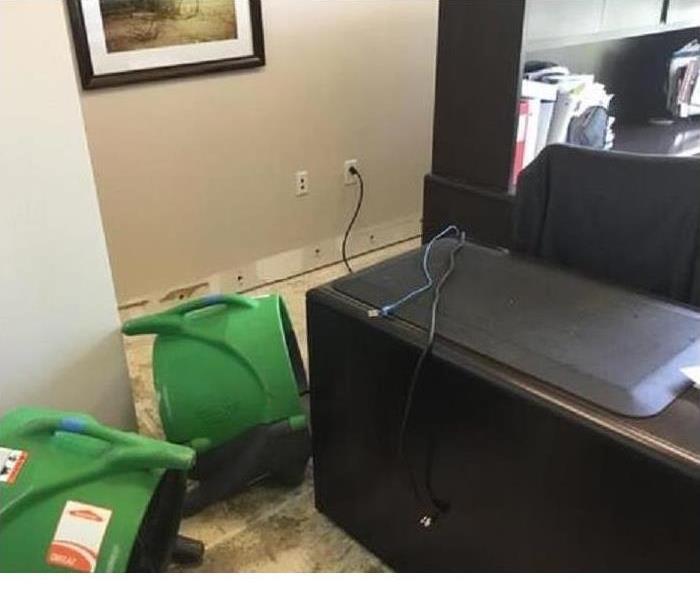 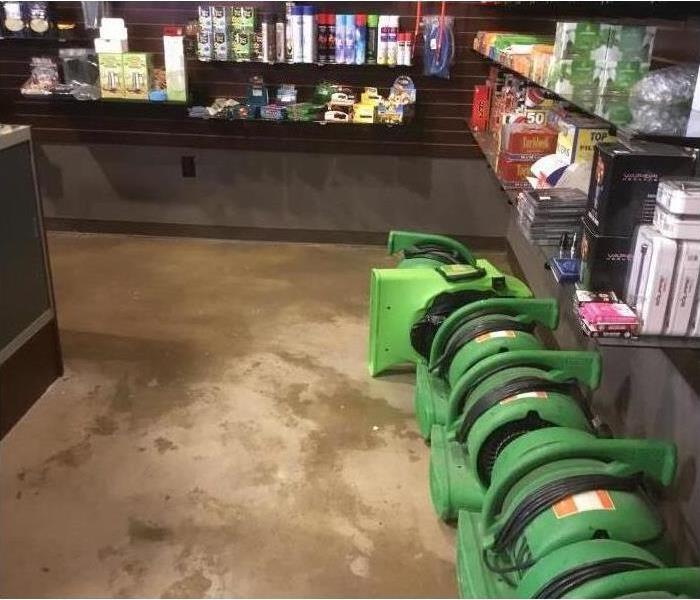 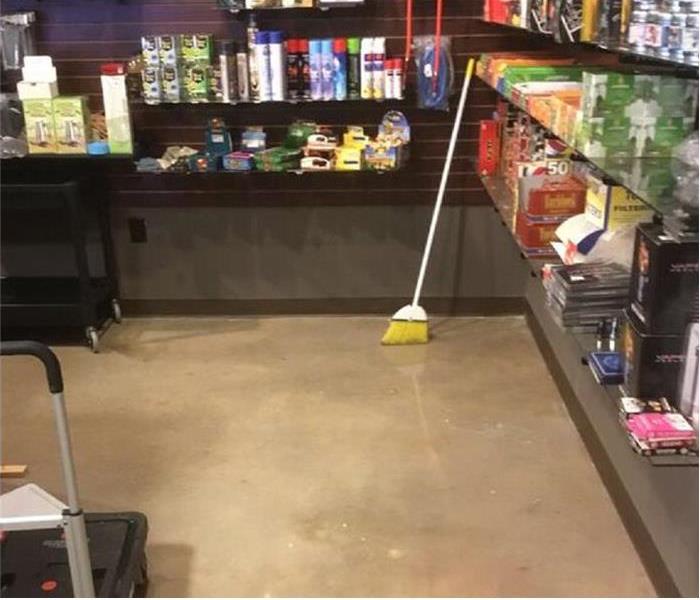 A malfunctioning water heater created several inches of standing water in this business. SERVPRO worked around the clock to restore the effected area and preven... READ MORE 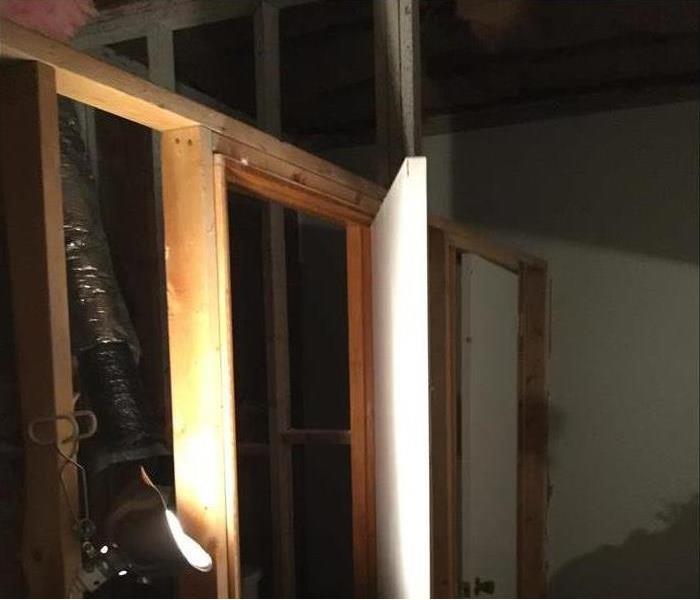 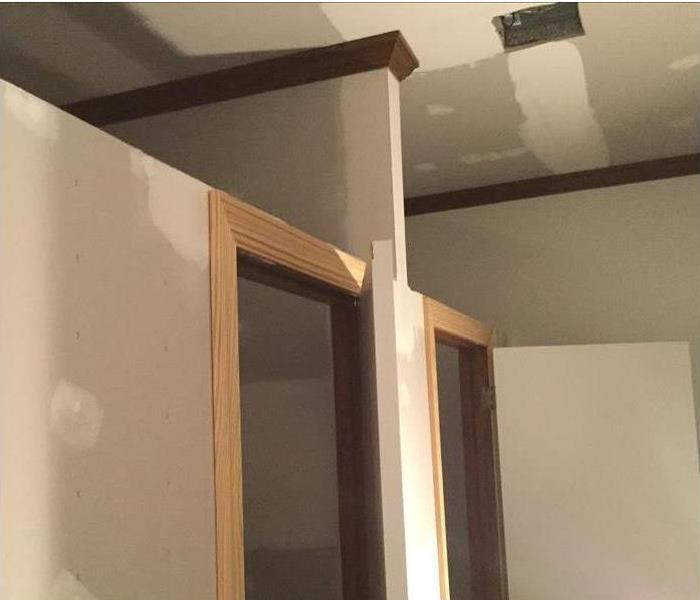 Cold temperatures are experienced, but a unusual cold snap in early January 2019 caused the pipes above this restroom at this Chapel to burst with ease. SERVPRO... READ MORE 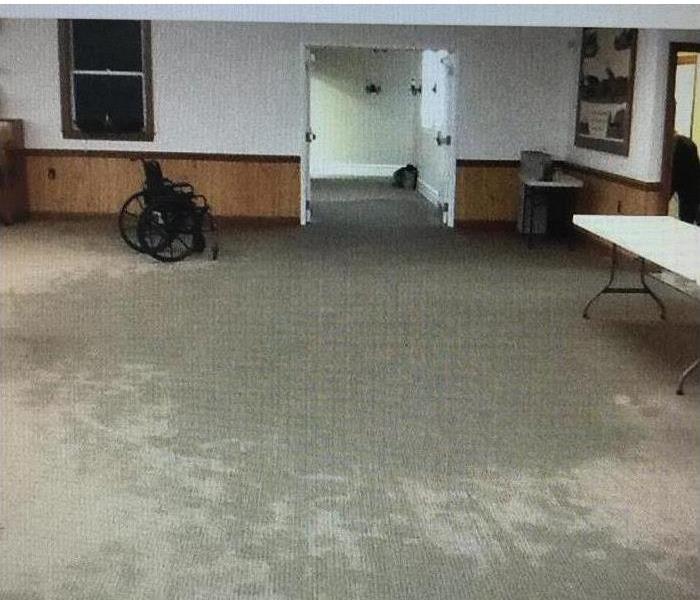 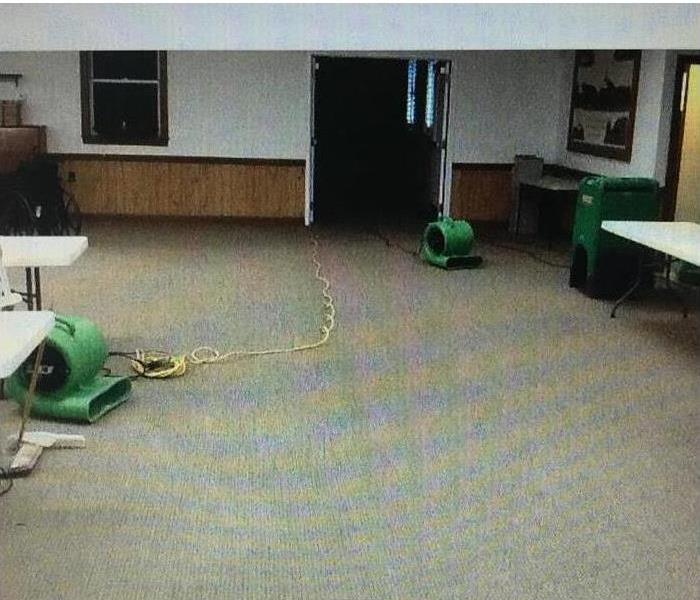 This water damaged soaked carpet in as the result of burst pipes in a nearby restroom at a local church. The area shown is the churches fellowship hall, where t... READ MORE 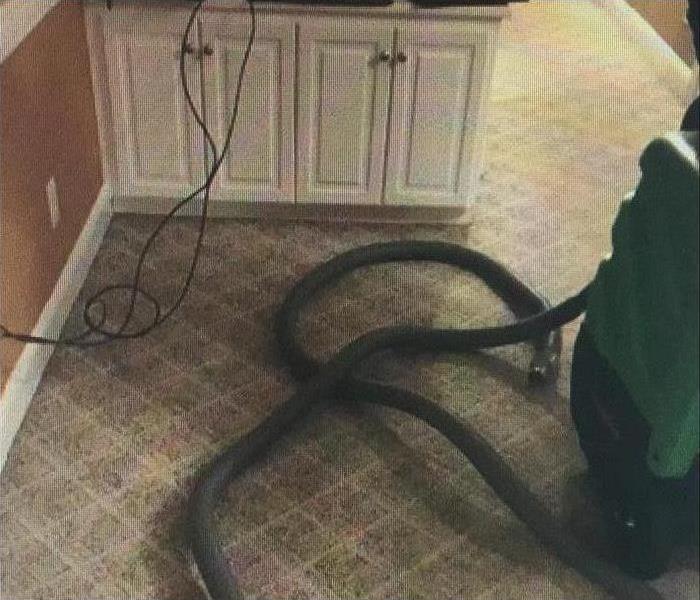 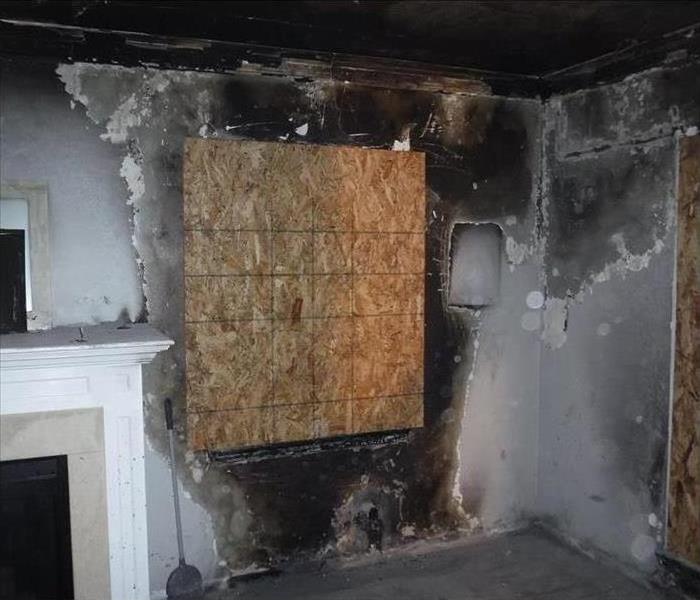 This flooded den was the result of frozen pipes in the attic. This area of the residence is just one of the several rooms that was affected. With snow and ice a... READ MORE

View Older Before & After Photos